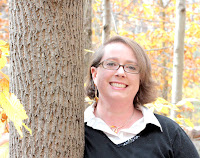 Cover blurb: Should you be willing to change for love?

When Phil Reid became a Christian and stopped drinking, his hard-partying wife Brandi divorced him. Reeling and betrayed, he becomes convinced Christians should never remarry, and resolves to guard his heart.

Allison Vasak has everything in her life under control, except for one thing. Her heart is irresistibly drawn to fellow attorney and coworker, Phil. Though she knows his history and believes that women should not initiate relationships, she longs to make her feelings known.


As Phil and Allison work closely together to help a pregnant teen, Allison melts his defenses. But when Brandi discovers Phil's new relationship, she decides that though she doesn't want him, no one else can have him either. Can Phil and Allison's love weather the chaos Brandi brings into their lives?


How did this story come to you?
About half-way through writing the first book in the series (Wisdom to Know) I knew that Phil and Allison’s story had to be next. They gave me enough hints about the problems they were facing in their potential relationship, that I had a place to start. But there were some twists and unexpected sub-plots that cropped up as I was writing that I never expected. But I love them. Honestly, with most of my stories it’s the same way – I just sit down and start writing and see what happens.


2) Tell us about the journey to getting this book published.
This book was much less of a journey than the first, since my publisher told me they were interested in any follow-ons I might write for the first. So I sent a proposal off as I was starting to write and was excited to get a contract. Writing under contract (and therefore with a deadline!) was a new and challenging experience. I’m grateful my publisher is smaller and, therefore, pretty flexible.


3) Tell me three things about yourself that would surprise your readers.
-I have a PhD in Computer Science and I still love programming. Sometimes I’ll twiddle around with code in my spare time.


-I love to crochet but I absolutely can’t knit. I don’t know why I find knitting so much harder, but I’m just not both-hand-coordinated I guess.


-I play Skylanders with my son…and I think I might enjoy it more than he does. It’s a really fun game!


4) What are you working on now and what's next for you?
Right now I’m working on book 3 in the series, Serenity to Accept. It’s currently scheduled to release in September, but I need to get my act together if that’s going to happen! So what’s next for me is a lot of writing. I’ve also got an idea for a 4th book with the same general group of characters starting to percolate, as well as a project that’s a little different rattling around.


5) Parting comments?
Thanks for having me! I hope that you all found this as fun to read as I did to put it together. And I hope that if you read and enjoy one of my books that you’ll let me know – I love hearing from readers!