Staci Stallings' "Deep in the Heart" 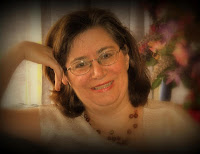 Title: Deep in the Heart
Publisher: Spirit Light Publishing
Cover blurb: Just out of college and completely alone in the world, Maggie Montgomery has one shot left to save her life from an abyss of poverty and hopelessness. Clinging to the last shred of fuel and hope, she arrives at the mansion of Texas billionaire Conrad Ayers. Although Maggie is clearly not what Mr. Ayers and his wife have in mind for a nanny, they agree to hire her temporarily until they can find someone more appropriate to fill the position. However, Maggie's whole world is about to be up-ended by two way-over-scheduled children and one incredibly handsome hired hand. As she struggles to fit into a world she was never made to fit in, Maggie wonders if she can ever learn to become a perfect version of herself so she can keep the job, or is she doomed to always be searching for a life she can never quite grasp?

Keith Ayers despises his life. As the son of Texas billionaire Conrad Ayers and the fiance to a Senator from Texas' daughter, it looks great on the outside, but inside, he is dying. He would vastly prefer to manage and train his father's racehorses. However, everyone else thinks that is beneath him. He needs to get into industry and build on his father's success. Suffocating under the constrictions of his life, he meets Maggie who begins to teach him that wealth and power is not everything in this life. But can Keith defy the most powerful men in Texas to follow his heart?

1) How did this story come to you?
Of all 31 full-length novels I've written so far, this one started with the least amount of information--a name and a "presence."  I woke up one morning with the name Keith Anderson running through my mind, and I felt like I knew him--even though I didn't.  Even after I really woke up, I couldn't shake the name or the presence, nor could I shake the feeling that he was real. So I went and Googled the name, and there he was, the exact guy I was picturing.  All that day God gave me more and more of his story, and within a day, I was writing his and Maggie's story.  Who could have guessed that following that little thin thread of instinct would lead to my first #1 Best Seller?  God is so awesome!

2) Tell us about the journey to getting this book published.
I had published a couple of books as Kindle ebooks prior to Aug. 2011, but that was when I decided to go big into Kindle.  Deep in the Heart was one that had already gotten some good reviews when I gave it as a free ebook some years earlier, so I put that one as one of my first eleven novels on Kindle.  Then in April 2012, after a cover-change, I was looking for my next book to do free days with, and this one just kept coming to me.  So in defiance of some of the unwritten "rules" about how you're supposed to do free days, I put this one free in April, and it went to #1 on the Free Side for 36 hours.  Then it turned around and went #1 in four categories and all the way up onto the Top 100 Paid for 2 weeks.  Recently it was chosen as a 100 Books under $3.99 by Amazon and has been doing gangbusters since then!
3) Tell me three things about yourself that would surprise your readers.
First, I love to snowboard and skateboard... on the Wii.  I'm a chicken, and I get hurt really easy.  So I love that I can try kick-flips and double barrel rolls, and if my Mii crashes, I can get up and go again--no pain!  Second, I hate cooking.  It must be a generational glitch or something.  But the number one comment I get when I cook is, "What IS this?"  Followed closely by, "Yech! Can I have something else?"  (Oh, well, we can't be talented at everything!)  Third, my house is a disaster.  :)  I think it's that generational curse again, but despite my best intentions, my idea of cleaning is moving stacks from the top of the desk to the floor.  If a clean desk is the sign of a clean mind...  Don't ask!

4) What are you working on now and what's next for you?
I just had a third title go free in August, To Protect & Serve.  It and its sequel, White Knight, are doing very well, and I'm getting some great feedback on both of those.  The third in that trilogy will come out in November, and I already have readers beating down my door to get too it.  It's called "For Real," and the reviewer that called "Deep in the Heart" "the best Christian book I've ever read," said that "For Real" was even better!  So great stuff for my readers I hope!

5) Parting comments?
Thanks for having me, K. Dawn!  You have totally been a great and blessed friend on this writing journey, and I so, so appreciate your dedication to letting people know about the world of Christian fiction!

6) Where can fans find you on the internet?
My Christian living blog is at:  http://spiritlightbooks.wordpress.com  and my blog with first chapters, excerpts, and reviews of all of my romance novels is at:  http://ebookromancestories.com  Come over and visit.  You'll feel better for the experience!

Deep in the Heart is only $2.99 on Kindle for the month of September!  Get your copy today!
Here's the link:  http://ow.ly/doEuZ or click on the cover below. 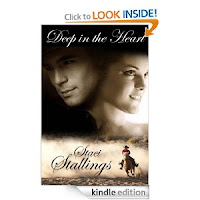