Interview with Patrick E. Craig & spotlight of The Mennonite Queen... 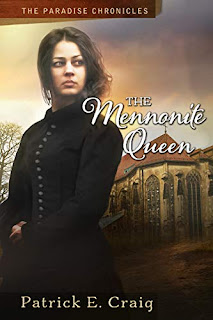 We're happy to have Patrick E. Craig with us today talking about his novel The Mennonite Queen. To learn more about Patrick and his book, read on!

Back cover blurb: Isabella, Princess of Poland, is raised to a life of great wealth and leisure in the Polish Royal Court, destined to marry a king. But fate or divine providence intervenes when she meets Johan Hirschberg, a young Anabaptist who works in her father’s stable. This chance meeting leads the young couple into a forbidden love. Together they flee Poland and embark on a dangerous journey that brings them, after great peril, to the small parish of a troubled priest named Menno Simons. Catholic Bishop, Franz von Waldek, paid by King Sigismund, Isabella’s father to find the princess at all costs, pursues them across Europe. Isabella does not know it, but if von Waldek captures her, she will have to make a choice that will change the course of European history forever.

Please give us the first page of the book.
PROLOGUE—1559  Sic Fata Volunt, The Will of Fate
The woman groaned and turned on the couch, awakened by a patter of rain rattling the windows. Outside, dark heralds of the unseasonal storm hid the moon. Distant lightning illuminated the room. An unearthly light touched her face momentarily and then faded as the gray predawn took victory over the indigo night. A long roll of thunder shook the window again, and she pulled her shawl tighter, a frown furrowing her brow.
I must tell him… before I go…
Queen Isabella of Hungary focused her eyes on the candle sputtering in the persistent draft that plagued the building. The flickering light illuminated Filippo Lippi’s painting above the fireplace, Madonna and Child Enthroned. Mary held the Christ-child, the love in her eyes captured perfectly by the artist. Jesus’s tiny hands clutched his mother’s robe, but he was not happy, nor was he comforted. Isabella could imagine his little mouth quivering—as though someone unseen was preparing to tear him from his mother’s arms.
Isabella blinked back tears.
Ah, my Abel, my son... where are you tonight?

Please tell us five random things we might not know about you.
1.     I was a professional Rock & Roll Musician from the sixties to the eighties with albums on Warner Brothers Records.
2.     I quit the music business in 1986 and became a pastor/worship leader.
3.     My favorite sport is fly fishing
4.     I am one of only seven male Amish Authors
5.     I have every one of the Hardy Boy Books on my library shelf

Why did you choose to write this book?
The Mennonite Queen ties up my two Amish series, Apple Creek Dreams and The Paradise Chronicles, all of which are about several generations of a fictional Amish family, the Hershbergers, in Ohio and Pennsylvania. This book tells the slightly fictional story of the matriarch of the Hershberger clan, Isabella, who became the mother of the first Hershberger son in 1534. I say slightly fictional because Isabella Jagiellon was a historical figure I surrounded with fictional characters to create a mythical “missing three years” story to help me establish the roots of the Hershberger family.

What one thing about writing do you wish non-writers would understand?
The best writers do not write about topics they think will sell, they write stories that are in their hearts.

What is the toughest test you've faced as a writer?
To be honest, the toughest test has been continuing to write as I waited for that one breakthrough book that captured the imagination of the reading public. So far, The Amish Heiress has come the closest, although I have great hopes for The Mennonite Queen. As a writer, I am determined to continue writing my stories. If I can’t get them published traditionally, I will publish them myself. So far, I’m about half and half.

What do you hope readers to take away from your novel?
Every story does not end with a “happily ever after.” Life can be hard, it can be painful, and it can especially be unfair. Yet in every story, people can achieve greatness by clinging to that which is great—truth, faith and love.

What accomplishment(s) are you most proud of, writing-related or not?
I’m proud of the success I had as a young man in the music business, I am proud of my work as a pastor and worship leader in the middle part of my life, and now I am proud to be pursuing the thing I love the most—telling stories that touch people in the deepest part of their lives.
What do you do for fun when not writing?
My wife and I love to pack up our travel trailer and take off for the mountains of Idaho and Oregon. We fish, ride bikes, rest, sit by the campfire and get back in touch with God’s wonderful creation.

What are you working on now?
I have several projects in process. One is a World War II series I am co-authoring with my friend, Murray Pura, who I consider one of the great writers of this generation. The series title is Islands and the first book is Far On The ringing Plains. I am also working on a book title The Amish Menorah. It’s set in the last Amish community in Europe in 1937 and it is about an Amish man who falls in love with an Amish man who falls in love with and hides a Jewish girl from the Nazis. I also have a medieval series, Amour mi Tien (Love Keep Me), that is set in the heart of the Wars of The Roses. I call the first book in that series The Roses of Agincourt. I also just signed a contract with Elk Lake Publishing to release my YA mystery series, The Adventures of Punkin and Boo. The first book, The Mystery of Ghost Dancer Ranch, will be released in August. 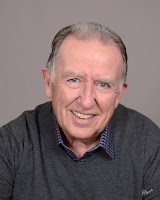 Bio:  Patrick E. Craig is a traditionally published/independent author. In 2013, Harvest House Publishers published his Apple Creek Dreams series. His current series is The Paradise Chronicles, published by P&J Publishing, and the first book, The Amish Heiress was published in 2015. It remained on the Amazon Top 100 best sellers list for seven months. The Amish Princess was released in 2016 and The Mennonite Queen in April 2019. In 2017 Harlequin purchased the print rights for The Amish Heiress for their Walmart Amish series. That book is now in Walmart stores on across the country. Just recently Patrick signed with Elk Lake Publishers to publish his kids’ mystery series, The Adventures of Punkin and Boo.  Patrick and his wife, Judy, make their home in Idaho. Patrick is represented by the Steve Laube Agency.