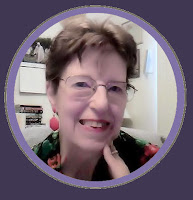 Title: TO SEE THE SUN
Cover blurb:  Pregnant and widowed hadn’t been part of her “happily ever after” dream. And now, someone was trying to kill her . . .

Erin Macintyre never expected to be a widow and a new mother in the same year, anymore than she expected mysterious notes, threatening phone calls, and a strange homeless man who seems to know all about her. The thought of raising a child without a father is daunting enough—worse when you have no idea who might want to harm you. Put an old flame into the mix, and her life begins a tailspin into a world she never knew existed.

When P.I. Clay Buchanan, stumbles upon Erin at her husband's gravesite, he’s totally unprepared for her advanced pregnancy. Her venomous reaction at seeing him, however, was predictable. But Clay can’t let her distrust, or his guilt, get in the way—not when he has evidence that proves Erin’s life is in danger.

With few options left, Erin begrudgingly accepts Clay’s help . . . and it just might be her undoing.

1) How did this story come to you?
That’s the right phrase . . . it came to me. I knew I wanted my female lead to be either widowed or divorced, the latter of which was basically anathema to the Christian market. But I was newly divorced and the wounds had not yet scabbed over, let alone heal. I wanted to write it out so I could deal with the pain and feeling of betrayal instead of bottling it all up inside. (It was an unwanted divorce.) Thus began the story that evolved into what is now TO SEE THE SUN.

2) Tell us about the journey to getting this book published.
How much time do you have? LOL Actually, it was a long, tortuous trip with multiple setting and basic plot changes, character personality shifts, etc. And trying to follow all those so-called rules just about did me in, until I realized this was MY story to write, and it was MY assignment to write the story God gave me. After that, the last two years of this journey have been the best ride ever.

3) Tell me three things about yourself that would surprise your readers.
I never went to college, much to my regret. I weighed 98 pounds at age 40 and wore a size 3. I killed a 6-foot pine snake with an axe.

4) What are you working on now and what's next for you?
I’m working on Book 2 of the Desert Faith series, and hoping to get back to a historical romantic suspense that’s collecting dust in the bottom file cabinet drawer.

5) Parting comments?
Write from your heart, not for the market. Chances are that by the time you’ve finished your book the market will have changed.

Email ThisBlogThis!Share to TwitterShare to FacebookShare to Pinterest
Labels: Peggy Blann Phifer, To See The Sun

Kelly Irvin's "To Love and To Cherish"

Title: To Love and To Cherish
Publisher: Harvest House Publishing

Cover blurb: How Do You Forgive When Your Heart Is Broken?

Now, with the unexpected death of her parents, Emma is plunged back into a world of despair and confusion. It’s a confusion only compounded by Carl’s return. She’s supposed to be in love with him…so why can’t she keep her mind off Thomas, the strong, quiet widower who always seems to be underfoot? Could the man she knew only as a friend be the one to help her to heal?

In a world that seems to be changing no matter how tightly she clings to the past, one woman must see beyond her pain, find strength in God, and open her heart to trust once again.

1) How did this story come to you?
I came across a newspaper article about buggy accidents and how it hard it is for law enforcement to keep roads safe for buggies and cars at the same time. It made me think about the clash between the two ways of life. Then I started thinking about how hard it must be to forgive someone who has killed your loved one, even though it was an accident. The Amish believe in forgiveness, but they are human, so it must be very difficult at times. I know I struggle with the concept of forgiveness on a regular basis. All this musing translated into a story called To Love and to Cherish.

2) Tell us about the journey to getting this book published.
I had published a romantic suspense novel and had another one under contract when my agent Mary Sue Seymour challenged me to try something new and different. So I wrote a proposal and 50 pages for To Love and to Cherish and she pitched it for me. I continued to work on the novel, but before I could complete it, Harvest House asked to see the rest of it. I submitted what I could and they ended up buying it before I finished it.

3) Tell me three things about yourself that would surprise your readers.
• I speak Spanish after having spent a year and a half in Costa Rica as an exchange student in college.
• I started my career as a newspaper reporter and worked in the border towns of Laredo and El Paso covering everything from zoning cases to Miss Texas pageants to federal drug smuggling cases.
• I once ate rattlesnake meat at the Rattlesnake Roundup in Laredo. (This would be even more surprising if they knew what a phobia I have about snakes!)

4) What are you working on now and what's next for you?
The second book in the Bliss Creek Amish series is scheduled for release in September and I’m currently working on a third book in the series for Harvest House’s consideration.

5) Parting comments?
I hope readers enjoy reading To Love and to Cherish as much as I enjoyed writing it.

6) Where can fans find you on the internet?
http://www.kellyirvin.com/