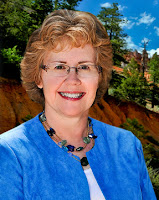 Publisher: Bethany House
Cover blurb: Can she solve the crime before they uncover her true identity?

Jobless and down to her last dime, Ellie Moore hears about a position with the Pinkerton Detective Agency and believes it’s the perfect chance to put her acting skills and costumes to use. Reluctantly, the agency agrees to give her one assignment, one chance to prove herself. Disguised as Lavinia Stewart, a middle-aged widow, Ellie travels to Arizona to begin her investigation. When the need arises, she also transforms into the dazzling Jessie Monroe, whose vivacious personality encourages people to talk.

Mine owner Steven Pierce is going to lose his business if he can’t figure out who’s stealing his silver shipments. In his wildest dreams, he never expected to receive help from a gray-haired widow . . . or to fall in love with her beautiful niece.

Then the thieves come after Lavinia and Jessie. Ellie isn’t safe no matter which character she plays! Should she give up and reveal her true identity? What will Steven do when he realizes the woman he’s falling in love with doesn’t really exist?

1) How did this story come to you?
Stories featuring a master of disguise have always fascinated me, and I’ve wanted to write about a character like that for some time. Then Ellie Moore came along, with her background in the theater and her thirst for adventure, and I knew I’d found a heroine who had all the qualifications to carry it off.

2) Tell us about the journey to getting this book published.
I love writing historical fiction, stories set in my home state of Arizona, and romantic suspense. I developed a three-book proposal that blended all of those elements, and I was thrilled beyond words when Bethany House loved the idea as much as I did. I feel like I’m livin’ the dream!

3) Tell me three things about yourself that would surprise your readers.
a) Even though I grew up in the desert—or maybe because of that!—my favorite vacation spot is at the beach. Pretty much any beach will do, I’m not picky. Just give me sand and surf, and I’m happy.
b) My dad was a dairy farmer, and I could drive a tractor before I could drive a car.
c) I have to drive 50 miles (one way) to reach the nearest Wal-Mart, movie theater, or mall.

4) What are you working on now and what's next for you?
I’m working on the edits for another historical romantic suspense set in Arizona. Look for it to come out in 2013. In this one, the hero—a widower with an ornery young son—and the heroine—a former governess who is tired of dealing with unruly children—are vying for control of a mercantile while dealing with an array of demanding customers and quirky townspeople, as well as trying to find out who’s behind the sinister happenings that have been plaguing the town. Lots of fun!

5) Parting comments?
Writing is a rather isolated profession, so I love interacting with readers. I’m grateful for all the e-mails and messages I receive that make the writer-reader connection come full circle!

6) Where can fans find you on the internet?
Visit my website at www.AuthorCarolCox.com. Sign up for my newsletter and leave a comment on my blog, the Trail Journal. You can also find me on Facebook at http://www.facebook.com/carol.cox. I love connecting with readers that way! 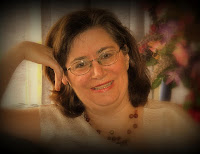 Publisher: Spirit Light Publishing
Cover blurb: Houston firefighter, Jeff Taylor is a fireman's fireman. He's not afraid of anything, and no situation is too dangerous to keep him on the sideline if lives are at stake.

Lisa Matheson runs a semi-successful ad agency that's on the brink of falling apart. Her employees are incompetent and her schedule has become exhausting. When she takes on a client with a brilliant idea for a big conference, she thinks that maybe, finally this is her lucky break. However, the fire station wasn't what she had in mind for finding conference speakers. When she falls for a handsome but shy firefighter, it's possible that life might just be going her way for a change. The only problem is she can't control Jeff and the death wish he seems to have...

1) How did this story come to you?
I was writing another story, and when I write, I create a soundtrack for the story and I pull pictures from the 'net of people who look like my characters. At the time a young lady who was working for me became interested in "the process" of how I wrote the books. So I was sharing the pics, etc. For this book, I had one member of a 90's boy band; however, instead of liking him, she "fell for" one of the other guys in the band. She kept asking when I was going to write HIS story. Finally, just to tell her definitively that wasn't going to happen, I said, "Okay, God, if I was going to write his story, what would it be?" To Protect & Serve dropped into my lap.

2) Tell us about the journey to getting this book published.
In August of 2011, I read an ebook about how to put your book for sale as an ebook. I had dabbled in ebooks before, but at that point I decided to go big in ebooks. By October I had 13 ebooks for sale and I was seeing a steady climb in sales. By January, I knew this new venue was where I was meant to be publishing. After my ebook "Deep in the Heart" climbed to the #1 spot on four category lists, I decided to take the plunge with "To Protect & Serve," the first of a three-part series with the other two coming out in July and November 2012.

3) Tell me three things about yourself that would surprise your readers.
I love to Wii snowboard--all the action, none of the hospital bills.
When I was young, I grew up on a dairy farm and did a lot of milking and feeding cows with my parents and siblings.
When I was in 11th grade, I drove tractor out in the middle of nowhere for a whole summer. I spent my days plowing up and down fields, listening to the radio, and meting out my lunch and snacks so I would have enough for the whole day because the nearest "store" was 30 minutes away--about the same distance as the nearest other person on the planet.

4) What are you working on now and what's next for you?
Many projects are going at the same time right now. I am working on getting three books out in print (they have all been released as ebooks and climbed the Amazon charts, so people want them as paperbacks now). I have the second in The Courage Series coming out in late July. I am finish-editing three short story collections and a Bible study to come out some time by the end of the year. And of course, I'm keeping up with my husband, three kids, house, two businesses, two large extended families, and all of our pets!

5) Parting comments?
Thank you so much to all of my readers and reviewers and to God. I always hoped this day would come, but there were moments in there I wasn't totally sure it wasn't all a pipe dream. However, my early readers were very encouraging, my reviewers have just been awesome as have my writing friends and host bloggers. And of course, God is just completely and totally awesome to have put the pieces in this puzzle just the way He did all the while keeping me focused on something I couldn't even see back then.

6) Where can fans find you on the internet?
My Christian Living blog: http://spiritlightbooks.wordpress.com/
Info about my Romance Novels: http://ebookromancestories.com/
Coming soon: http://www.stacistallings.com for the latest and greatest!
My giveaway book will be an ebook, so the person will need to have either a Kindle or a Nook.

THANKS, K. Dawn! I've enjoyed my time on your blog!