Cover blurb: Meg Marks is a young lawyer raised off the coast of the Carolinas. An anonymous client hires her to arrange his will, and sends her to meet his estranged family at their lake home in northern Michigan. After a shocking discovery, she finds herself caught between his suspicious family and a deathbed promise her conscience demands that she keep. Will she sacrifice her own dreams for revenge, or will she choose something more?

1) How did this story come to you?
I was studying the story of Joseph and the moment he stands before his brothers with a choice: revenge and retribution or forgiveness and restoration. I wanted to place a contemporary character in a similar position. The novel is not really very close to the Joseph story, but that’s how it started.

2) Tell us about the journey to getting this book published.
This is my first novel, and ACFW’s Genesis was the first competition I entered (and won). While at conference, three agents requested the manuscript, but it was not polished at the time. I took three months to finish it and then sent it to the agents. One of them rejected it but said some very nice things. The other two never responded. So I began to query agents left and right. Several requested the manuscript, but none offered representation. Meanwhile, I sent a proposal to Pix-N-Pens Publishing, a small, traditional publisher looking for submissions. I received a glowing, generous, enthusiastic rejection from them, which made my heart sing. The reason for the rejection was the fact that Pix-N-Pens was strictly aimed at the CBA market. A Familiar Shore is written from a Christian worldview (and lines up nicely with CBA standards on lack of violence, sex, and cussing), but there is nothing overtly “Christian” in it. Six months later, Tracy Ruckman (publisher of Pix n Pens) contacted me to see if the manuscript was still available. She remembered my proposal when she opened up another imprint aimed at the general market (Write Integrity Press). Tracy loves this story and her enthusiasm about the book is an enormous gift to me. My number one desire in a publisher was someone who would champion the book and I found just that with Write Integrity Press (link: http://www.writeintegrity.com/).

3) Tell me three things about yourself that would surprise your readers.
(a) I like to try at least one new recipe every week.
(b) I was kicked off the cheerleading squad in seventh grade because my family went skiing for too many weekends and I missed too many games.
(c) My favorite sound in the world (aside from the voices of my family) is the sound of water lapping against anything: a boat hull, a dock, the shore. Ok, so if you read my book, this last one won’t surprise you. Nevertheless, it’s true.

4) What are you working on now and what's next for you?
I’m writing my second novel - the story of two friends who make promises as girls they find difficult to keep as women. Early-onset Alzheimer Disease and other family issues complicate this turbulent, soul-deep friendship. I’ve also been writing some short stories this year, so I’m just beginning to seek placement for them.

5) Parting comments?
Thanks so much for hosting me! It’s a thrill to be in such great company.

Carrie Turansky's "A Man To Trust" 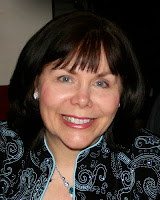 Cover blurb: After years spent helping run her family’s Christian bookstore, it’s time for Adrie Chandler to give her own dream a chance. But can she trust the beloved shop to new manager Ross Peterson? The man is too handsome, too charming…too much a reminder of another dream Adrie had to let go of – marriage. Yet Ross surprises her by knowing a thing or two about making sacrifices. Suddenly, Adrie is questioning what she really wants. And whether the dreams she once thought unlikely are within reach after all.

1) How did this story come to you?
This story is the second in the Bayside Treasure Series. I wanted to tell Ross Peterson’s story. He was the best friend of the hero in the Seeking His Love. I also love music and thought the heroine’s dream of playing her flute professionally would be interesting to readers.

2) Tell us about the journey to getting this book published.
A Man To Trust was contracted over a year ago as part of the series and it’s the third book I’ve written for Love Inspired.

3) Tell me three things about yourself that would surprise your readers.
I have a pet rabbit named Mercy who is a very cuddly and an ideal pet. I lived in Hawaii for eight years after we were first married and learned to do praise Hula and make flower leis. I wrote my first book when I was twelve, titled Passport to Paris.

4) What are you working on now and what's next for you?
I just turned in my fourth Love Inspired novel, Snowflake Sweethearts. It comes out in late November 2012. I am working on some historical ideas now…just starting out with those.

5) Parting comments?
Thanks very much for this chance to connect with readers and friends!